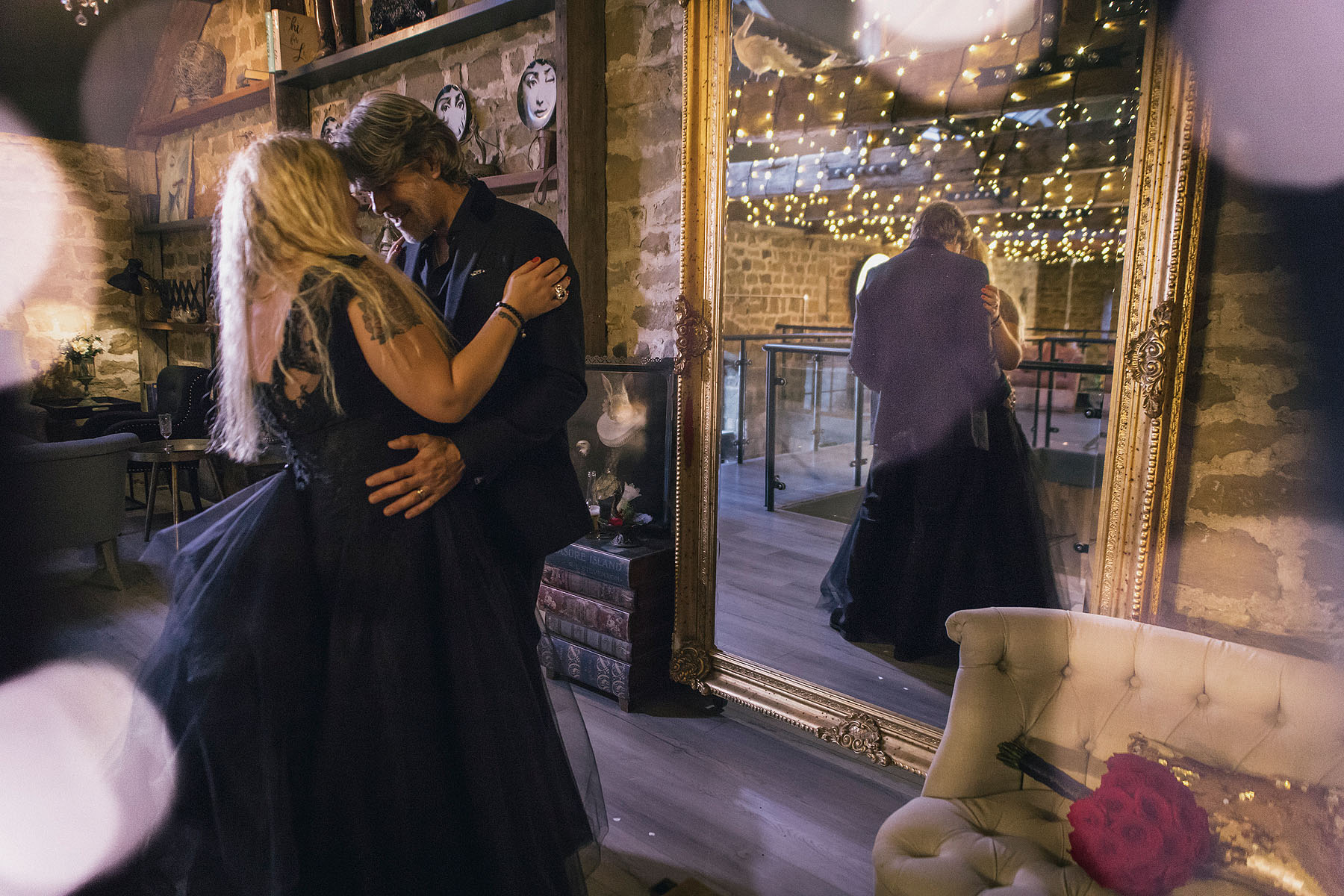 Ben & Holly’s destination wedding in Harrogate was a day to remember! Both are from the historic and elegant destination city of Harrogate, in Yorkshire. They had grown up around each other, but it’d had been a minute. Ben was living and working as a photographer in the Bahamas for over 20 years when he returned home to visit, and Holly once again crossed his path. Over the course of several trips between the UK and Nassau, they fell in love, Ben proposed, Holly said yes, he relocated, and together they planned an epic wedding. They also hired a pretty damn good wedding photographer. One year later (to the date!) they said “I Do.”

Keep reading for the full story and pics!

Guys Night Out in Harrogate

We arrived in Harrogate a few days in advance of the wedding. This is optimal for a destination wedding photographer because it provides the opportunity to get familiar with the location, to take detail shots, and to go over the schedule before the celebration begins. The other perk is that we can do portrait sessions at the rehearsal dinner or, as in this case, document a raucous boys night out, hitting up all the hot spots in Harrogate.

The day of the wedding, Holly got ready at her best friend and Matron of Honor’s home in the English countryside, at the doorstep of the Yorkshire Dales. That home also happens to be a luxury bed and breakfast for those of you interested in a hidden gem. #yourwelcome

While Holly was having her makeup done by the super talented and award-winning Danni Alexandra, we got busy with detail shots. We started with the bridesmaid gifts from Tiffany, then moved onto photos of the dress and the shoes. And let’s talk about that dress! Holly worked with a local atelier, Anita Massarella, to design a couture black wedding gown. And in true rock and roll fashion, she paired it with high heeled Doc Marten combat boots. It was stunning!

But it wasn’t just the bride following the rockin’ dress code. Mom was channeling Stevie Nicks in her black sequined fringe, while Holly’s dad had a custom made suit from a local bespoke tailor, Rhodes Wood, with skull and crossbones details. You see, the apple doesn’t fall far from the tree. Their’s is a musical household. Holly is a chart-topping, country-rock singer songwriter, and it seems to run in the family. The father of the bride is Roy Webber, Harrogate music royalty from the renowned psychedelic rock band Wally. Holly is the only daughter in a family of 7 children and was truly special to see these parents marry off their only girl. We’re not crying – you’re crying!

From the Yorkshire Barn we headed to the venue, Wharfedale Grange, where we met up with Ben, also decked out in a custom skull and crossbones suit. Do you see a trend here? This groom took it to the next level with cheeky cufflinks (his wedding gift from Holly) by King Baby Studio and a skull ring from The Great Frog London. After a few shots with Ben and his best man, the guests start pouring in and we’ve got to get this show on the road. Holly, Roy, and the bridesmaids have arrived and it’s time for the ceremony. When was the last time you saw a bride walk down the aisle to Aerosmith?

After the ceremony and the confetti shot, we took the couple and the wedding party upstairs for group shots and portraits. We would have loved to do more outside, but there was this pesky thing called “Storm Dennis” which made things a bit windy and was not exactly forgiving in terms of hair, wedding gowns, suits, make up, and so on. So, indoors it was. Thankfully, this place is not short on lighting, and both the bride and groom love the camera. Holly was not short on twirls wearing that beautiful dress.

Up next the couple made their grand entrance to Depeche Mode (because hello, Depeche Mode), followed by dinner and lots of toasts. Dinner was catered by Nomad Catering by James Brown, and let me tell you; it was DELISH.

First dance, confetti shot #2, and then the band. OMG the band. They were so good. It’s not often a legit rock band plays a wedding. But this was a special occasion. Xander & the Peace Pirates – you guys rocked!

As a portrait photographer I love photographing people on the dance floor. There is true, authentic joy and a sense of freedom when people are “dancing like nobody’s watching”. So here is a few pics from that lovely crowd with a final warning: don’t mess with them Scots!

Where are you having your destination wedding? Drop us a line and let’s talk about it!

We use cookies on our website to give you the most relevant experience by remembering your preferences and repeat visits. By clicking “Accept”, you consent to the use of ALL the cookies.
California Residents Opt-Out.
Cookie SettingsAccept
Manage consent

This website uses cookies to improve your experience while you navigate through the website. Out of these, the cookies that are categorized as necessary are stored on your browser as they are essential for the working of basic functionalities of the website. We also use third-party cookies that help us analyze and understand how you use this website. These cookies will be stored in your browser only with your consent. You also have the option to opt-out of these cookies. But opting out of some of these cookies may affect your browsing experience.
ACCETTA E SALVA
Torna su